As a Charlottean, it’s my duty to become a craft beer connoisseur. The industry has forged ahead full steam and around every corner, there’s a new brewery, bottle shop, or beer bar. I’m not complaining. I love beer. And even more so now that there’s such a vast variety. Another thing Charlotte is really good at is beer festivals, but one, in particular, stands elusive, and exclusively at the tippy top. Not just for Charlotte as a city, but for North Carolina as a state. Enter: Brawley’s Black and Blue.

Let’s start off with a little preface about Brawley’s Beverage. Tucked away between Pasta & Provisions and Viva Chicken on Park Rd in Charlotte, NC; this rustic taproom and bottle shop can also boast being one of the best in the city. Michael Brawley and his team of beer tenders exude the epitome of southern hospitality. When you walk into Brawley’s you end up walking out feeling like family. Taps rotate constantly and their bottle selection is damn near second to none. The crowd is jovial but calm. It’s a place where people are just people; most of which will become good friends if you visit enough.

What makes this beer festival better than all the others?

Brawley’s Black and Blue is a beast of its own. 2018 was year 9 for the festival and it didn’t disappoint. However, getting a ticket for this event is damn near impossible when they sell out in 3 minutes or less. A far stretch from when B&B first started with barely 100 people in attendance. Lucky for me, I’m a lush and have some super nice friends, otherwise, my one ticket (at $60.00 a pop) would have been long gone since I didn’t camp out like so many others did.

Fast-forward two months from ticket sales, and we have arrived in front of the Visulite Theater on St. Patrick’s day. Passes in hand and most of us in green, we slid inside to find a record 42 breweries in attendance from all over the state. Some of which were widely known and widely sought after like Fonta Flora who will be opening their second brewery in Charlotte (Their first is in Morganton, NC) and others that I had never even heard of like Asheville’s Eurisko Beer Co. Whose owner and brewmaster, Zac Harris, previously brewed at NoDa and head brewer Zack Mason once worked at Brawley’s. Included in that group were Charlotte breweries Divine Barrel, Resident Culture and Sugar Creek. Also new to B&B this year was highly-rated Barrel Culture out of Durham, which created two special sour collaboration beers just for this festival. Game Over, one of these popular beers was also bottled, all of which sold out within 5 minutes of Brawley’s opening their doors that day. You can check out the Full list of beer and breweries here.

What’s in a name?

This festival isn’t called Black & Blue for nothing. Originally created to celebrate dark beers and craft music, this event has evolved to be inclusive of all beers (except for big beer!) and a variety of sounds. The music this year included Acoustic Syndicate lead singer Big Daddy, while outside featured Leisure McCorkle. Both of which fit perfectly with the ambiance of this massive house party. Let us also not discuss how black and blue my knees were after tripping drunkenly down the sidewalk to the light rail trying to head home. (So many puns.)

For those who missed out on this year’s B&B, you’re in for a treat: Next year’s 10 year anniversary will surely be a blowout and is already marked on my calendar for St. Paddy’s day debauchery. Be sure to check out the beverage shop when you get the time, but be warned, there are no set hours for closing. Get in after work for a drink or two, or after Sunday breakfast to meet up with friends. 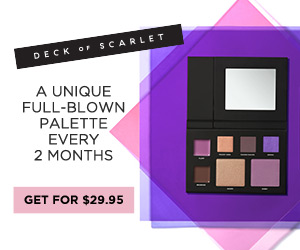