13 Ways To Celebrate Friday The 13th

Howdy friends! Have I elaborated on how much I love October? Spooky shit is what I live and breathe for; but do you want to know what makes this October particularly special? We got a Friday, the 13th out of the deal! I consider myself to be less than neutral on the luck scale (even though my parents rolled sevens with my birthday), and fairly neutral on the superstition scale, but that doesn’t mean I don’t enjoy the creep factor of this strange date that we celebrate!

Is there any true blue evidence that bad things happen on Friday the 13th? Not really. I’m always more concerned about the ides of March, but some folks believe that the legends surrounding the ‘unlucky’ number if 13 are magnified on this day. When did this start you might ask? Well not that long ago, actually. Although 13 has been known to be associated with the betrayal of Jesus, it’s true origin may originate from a book, aptly named Friday the Thirteenth, that was published back in 1907. This book was so popular, that it was made into a movie. One that ultimately developed a superstition thats alive and kicking this very day.

There’s was even a medical term coined for the fear of Friday the 13th. Friggatriskaidekaphobia is a combination of the derivatives for the word Friday and the fear of the number 13. It is estimated that around 17 to 21 million people suffer from this phobia… or at least the claim they do.

I have no fear, nor any shame when it comes to celebrating this special day. Instead, I’m dead set on enjoying it in all of its superstitious glory! Looking for something fun to do on this sinister evening? We’ve got you covered! The list conjured up below is guaranteed to deliver maximum superstitious results.

Scare the shit out of yourself with podcasts such as Last Podcast on the Left, We’re Alive and Bizarre States. One is an audio drama with Zombies, while the other two share true tales of the occult, aliens, and serial killers.

Break Out The Quija Board

Round up a group of willing participants and break out the game known to carry it’s own creep factor. Be sure to light some candles for ambiance. I heard the spirits dig that. You can find some pretty bad ass spirit boards from Feindies.

From a fellow cat lady to a potential cat lover. Do this. Black cat’s are the least adopted from shelters because of stupid superstitions. They aren’t bad luck. They’re great animals, and you could help save a life. Check out Pet Finder if you’re interested in adoption! #catsarethebest

Hulu just started streaming American Horror Story’s Roanoke, and Netflix has the entire series of both Salem and Penny Dreadful. Not to mention the copious amounts of bone-chilling True Crime documentaries that can be found on various streaming platforms. Check out The Keepers, and Dear Zachary.

What would be more badass than winning cash on the unluckiest day of the year? Not much, I can tell you that. Get a spoopy scratch off for added theatrical effect.

There are tons of good books these days, especially ones that can make your skin crawl. Grab a Stephen King novel and cozy up with some hot cocoa. Looking for something with less commitment, but is chock full of nostalgia? You can’t go wrong with Scary Stories to tell in the dark. It’s the perfect campfire read. Be sure to share it with your friends.

There are legends and lore in every crevice of the world. Sure, some may be scarier than others, but all of them need to be sussed out. Gather your wits, a flashlight, a recorder and some buddies and get to finding them ghosts!

Listen To Some Eerie Tunes

If you haven’t noticed yet, we kinda have the horror playlist on lock. Check out our Witch collection here. Not looking to be spellbound? Try By the River, or They Want Your Soul. instead.

Check Out Your Local Haunts

Every city and every town has something spooky to do during the season. Find a local corn maze, haunted house, or escape room to participate in. If you’re in the south-east and near the Carolina’s, Check out Scarowinds for creepy rollercoasters and other activities only available this time of year.

Do Something You’re Normally Superstitious About

Nearly everyone has something they’re hesitant to do or try. Test your limits by doing something you normally wouldn’t do. Be reasonable of course, and don’t commit a crime.

This series is classic. And so is this tradition. It’s what all the cool kids are doing. (If you consider the team @ NYCC cool.) Jason isn’t your cup of tea? Try Freddy in “Nightmare on Elm Street”, or binge all of the adaptations of “Texas Chainsaw Massacre”. The Scream series is also another genre favorite.

You can damn near combine all of the above and throw a rager. Get your buddies together, toss up some superstitious decor, and turn on some of the tunes. (we have them if you need them!) Play some games, tell some scary stories, or just eat drink and be merry. 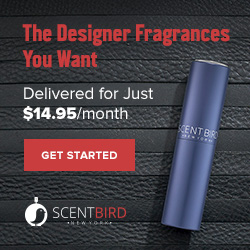 InstagramPlease check your feed, the data was entered incorrectly.