Vikings. Men made of legends and folklore, a breed buried deep in Norse ancestry. But were they just human? Legend would have it there was a time when deities and jotnar dwelled among these men. These trolls, giants, valkyrie and elves, once thought to only be mythical, carry deep roots from Scandinavia to the British Isles. All of which are said to have come from the one, true jotnar; Yemir. This was a land flush with magic and might; darkness and ancient runes that foretold of the past and predicted the future. A time when gods wielded hammers. A time when women had wings and talons sharp enough to shred flesh. These were brutal times; violent even, but more wild than we could ever imagine.

Welcome to the Ancestors. A playlist inspired by the northernmost reaches of germanic mythology and nordic history. This playlist boasts of ominous scandinavian tales and powerful, often terrifying deities. The Viking age is still shrouded in mystery. It was a time when raiding and trading were the norm. A time for military, mercantile and demographic expansion; for conquering and collecting.

Be sure not to miss Alfadhirhaiti by Heilung. (Also be sure to check out the live version on youtube!) as well as Floki Appears to Kill Athelstan by Trevor Morris. This playlist is intense and intricate. It tells the tale of brothers Odin, Vili and Vé; of Yggdrasil and Ymir. It is enigmatic and it is epic.

There was in times of old, where Ymir dwelt,
no sand nor sea, nor gelid waves;
earth existed not, nor heaven above,
’twas a chaotic chasm, and no grass to be seen.

Then went all the powers to their judgement-seats,
the all-holy gods, and thereon held council,
who should of the dwarfs race create,
from the sea-giant’s blood and livid bones.

Of his brows the gentle powers
formed Midgard for the sons of men;
but of his brain
the heavy clouds are all created
To shroud the gods from man’s gaze.

A tale told for Ask and Embla; Líf and Lífþrasir. For Odin and Freyja; Ragnar and Lagertha. A tale for the Ancestors. 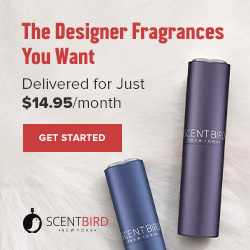