Is Time Travel The New Supernatural?

Has anyone else noticed that time travel is making a comeback? Okay, so maybe not in our realm, but the great wide world of television seems to think this is a thing. I also think it’s a thing. A good thing. Lets face it, vampires, werewolves, ghosts and witches (even though we love them) have been crowding our screens for more than a decade; and even though my love for sanguines and mystics runs long and deep, there’s been a craving for something different. Something with a spark. Something that takes us away from all the misery of our modern climate. The networks seem to have heard our siren’s call. Enter these new and semi-new television shows to quench our fantastical thirsts.

I may be one of the few who is NOT a Cyndi Lauper fan (queue a gasp from Mary). So when I first heard about this show, I instantly rolled my eyes and kept moving. That is until I realized Freddie Stroma (Harry Potter? UNREAL??) was staring back at me from my Hulu feed. I could not tell that sweet, gorgeous blonde man with the sort of doofy, sort of sexy smile no! I said yes, grabbed my wine and my cats, and settled in for a long night of binging.

Based off of the 1979 film by Nicholas Meyer, ABC’s Time after Time follows H.G. Wells (Stroma) and Dr. John Stevenson (Josh Bowman AKA Hunk B) as they are catapulted into present day New York. Stevenson has stolen Wells’ time machine after Scotland yard arrives at H.G’s home on the hunt for certain infamous serial killer. From there, this show takes twists and turns that involve romance, intrigue, and many webs that are begging to be untangled. Not to mention the cast is just damn attractive. One of my favorite things about this show is how the ship actually travels. I won’t give it away, but I definitely giggled.

From writer/creator Julius Sharpe, Making History takes the cake as far as time travel comedy gold. Adam Pally (who was just arrested) plays goofy Dan, a college facilities manager that discovers his father’s time machine. Spoiler: It’s a fucking duffle bag (Brilliant!).  Dan surreptitiously travels back to the colonial times where he meets Deborah, (Leighton Meester) a young pilgrim girl who is far more independent than her time is capable of handling. (Shout out to feminists in colonial America!) Yassir Lester enters as Chris, a history professor at the college who begrudgingly helps Dan correct his fuck ups from past that had major effects on the future. Making History is a self aware series that could have easily fallen into the trap of the buddy comedy. I’d like to thank Leighton Meester who rises to the occasion and makes this a much funnier show than it would have been without her.

Ya’ll. I had no idea until the credits rolled that Eric Kripe was the creator of this show. Which might be why it bears so many similarities to Supernatural when it comes to plot twists and witty banter. It might also be why I fangirled slightly at the sight of Jim Beaver and Misha Collins in the series. (Thanks for the Easter eggs!) However, Timeless needs no help. It is a stand alone show that has done quite well for itself and finished its first fall season with a bang. The plot includes three heroes, Lucy (Abigail Spencer), Wyatt (Matt Lanter) and Rufus (Malcom Barrett) who travel back in time on the “life boat” not only to preserve history, but to stop the seemingly very bad Garcia Flynn (Goran Visnjic) from dooming the future. If I had to choose a favorite, it would be this one. The series is elaborate in its tales of time and the chemistry of the trio is heartfelt and powerful. But there are details, however small, that lead to reference the butterfly effect of everyone’s actions. (Gia’s eyeballs for fucks sake!?) NBC, if you’re listening, you better renew this show or else!

I was curious about Travelers when I heard about the series, but was severely skeptical of the idea of their time traveling vessels and how well that would be conveyed through the characters. I was wrong. And this show is very well done. Not quite a Netflix original, Travelers follows a special ops team as they are sent back to the 21st century to essentially save the world from destruction. How do they do this you ask? Well, they enter human bodies (their vessels) just one second before the individuals recorded time of death. There are several teammates, notably their leader Grant (Eric McCormack) or traveler 3460, Marcy AKA traveler 3569 (MacKenzie Porter), the team’s medic who assumes the life of an intellectually disabled woman, and Phillip (Reilly Dolman) or traveler 3326 the historian whose vessel a young heroin addict. The story is suspenseful even if the concept of ‘why’ is a little broad, but I dig the realness and found myself pressing yes when Netflix asked “You still there?” Good news? Travelers has been picked up for a season two that should start streaming sometime in the fall.

Frequency is a little different from the rest of our time travel shows. Our main characters don’t exactly travel space and time to save the world, but instead try to fix the present after saving a life in the past. NYPD detective Raimy Sullivan (Peyton List) realizes that the person she is speaking with over her deceased father Frank’s (Riley Smith) ham radio is the man himself prior to his death in 1996. She attempts to save his life, but ends up triggering a butterfly effect that changes her present so vastly that she and her father must race desperately against time to make things right. What I appreciate most about this show is how present 1996 still seems. There aren’t centuries of time at stake here, but rather a family’s personal story about perseverance. It’s thrilling even if it’s a little one sided, but that one sided-ness may be why the CW has not back ordered this show at this time. That still leaves other streaming services to pick up the slack though, and I hope they do. I’d love to see how this story ends.

Tried and true, 12 Monkeys is coming back for it’s 3rd season on SYFY May 19th. And for good reason. Loosely based on Terry Gilliam’s movie of the same name starring Bruce Willis and Brad Pitt, the show focuses on James Cole (Aaron Stanford) who travels back in time to solve the mysterious epidemic that fueled his post-apocalyptic time line. With the help of Dr. Cassie Railly (Amanda Schull) they attempt to stop the destructive “Army of the 12 Monkeys”. Although the show isn’t quite as dark as the 1995 film, it still holds serious klout when it comes to plot, excitement, and suspense. Will we see any more seasons after #3? Who knows, but let’s not worry about the future and just enjoy the show, shall we?

I can’t fail to mention shows like Outlander, and Dr. Who either, which were the pioneers of the new wave of time dwellers, as well as the beloved Flash and DC’s Legends of Tomorrow. Outlander does a specifically wonderful job carrying its characters through the proverbial ‘wormhole.’  Which shows have you watched? Any that you loved? Despised? Let’s be real, do any of these shows really hold a candle to the best time travel show in TV history?

If your answer to that wasn’t Quantam Leap, you need to educate yourself. 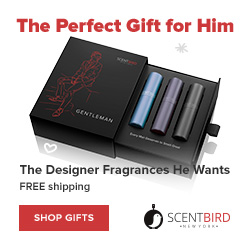