What Is Counter Culture?

What is Counter Culture? Well, Webster’s refers to it as: “a way of life and set of attitudes opposed to or at variance with the prevailing social norm.”

They’re right of course, and over here at Not your Counter Culture, we want to elaborate on that variance. Back in the days of yore, there was the ‘hunt’. The mad dash to find the cutting edge looks, or off kilter alt rock that made you feel a little more unique than the general populous, but now a days, counterculture is capable of having a much louder voice. A voice that stretches farther and wider into the ether than ever before.

This is the new age, the new era of counter culture. The social norm isn’t really “normal” anymore, but that’s just the thing. Diversity is rampant in the best way possible. Our goal is to dig through the abyss and bring our readers the good shit. The stuff you want to read and wear. What you want to listen to and what you should toy around with. There’s a never ending supply of oddities in this world and by golly, we want to get our grubby little mitts on every last morsel we can find. From food, music and lifestyle commentaires, to social issues and culture in every sense of the word. This blog is a collaborative collection of what’s new, what’s trending, and what truly makes folks like us a little more out of the ordinary.

Erica Wand is co-founder of Not your Counter Culture.

An avid Music hound, Erica enjoys hunting down artists of new and old that tickle the ear drums in fun and fascinating ways. She’s a Lady lover, and queer culture connoisseur, As well as, a self acclaimed alt geek that reads too many weird comics and  likes terribly long running table top games that involve craft beer consumption. Also a sore loser.

Mary Morelli is a co-founder of Not Your Counter Culture.

Mary has been blogging on and off for the last ten years. She has always had an interest in nature and geology, including gems. Back in the mid 90’s the Mortal Kombat Annihilation soundtrack and The Craft changed everything for her. They opened her to a world of new music and culture that lead to other areas of interest including the occult. 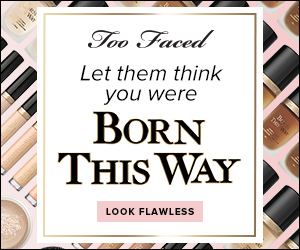