Some call us superheroes, but most just call us freaks. We aren’t diseased. It’s far better than that. We’re capable of more than your average human. But with abilities like these, comes fear and a price. Sometimes even a bounty for your head. We aren’t just mutants, we are a divergence into the unknown. An iceberg barely touched or recognized by society. But that won’t be for long. We are the very definition of evolution. A reason for humanity to worry about it’s future or wish they were one of us. We’re better than normal and far more than just aberrations. We are the future. We are the outlier that is soon to become the prerequisite. We are the anomaly.

Morph. Change, Evolve. Rise above. Anomaly is a mix that embodies these words and then some. Sprinkled with nostalgia, this playlist is nothing short of action packed and odd. A fiery mix of our favorites that remind us that we’re all a little more human than human. Although mutants may be feared, they’re cool as fuck and deep down, we all wish we were just a little less plain. Be sure not to miss ‘Indigo Children’ by Puscifer as well as ‘When Worlds Collide’ by Powerman 5000 (A personal favorite).

For the peculiar and divine. The ones with more than just the ability to exist. Those with extra consciousness and extra extremities. A force of nature that is almost unnatural. We are the freaks, the strange, the feared and fought. The weary and righteous. For one day, there will be no need for the old empire. Evolution will take its course and we will become the new normal. And when that day comes, we will want nothing more than to watch the world burn at our fingertips. 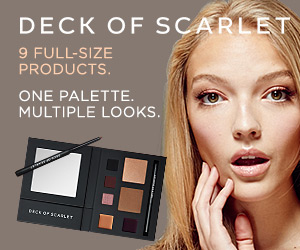