‘One Stone’: The follow up to Trixie Mattel’s ‘Two Birds’ is more heartfelt and honest than Country music has been in a long time.

It’s about damn time something interesting happened in the country music industry. We say all the time that we’re ‘going through a renaissance’. That all music has its phases, but Country has a tendency to get stale and stagnant, like an old horse stubbornly set in its ways. What’s new gets worn out and what old becomes relevant again. Rinse and repeat. Enter Trixie Mattel. For those of you who may not be privy to drag society, this Barbie-esque queen just won RuPaul’s 3rd installment of All-Stars. She’s also released her second mini album, One Stone. (It’s predecessor being Two Birds, which in its own right was glorious and cleverly named.) But this isn’t your typical dance floor drama. Instead, Trixie has produced something bespoke: A country folk album.

Trixie Mattel’s One Stone album of beautifully scripted, carefully cultivated twang has honestly made me humble. It is one of the most unique and interesting things I’ve listened to in some time. Music that is capable of spanning cultures, generations, political lines, and changing the game when it comes to country music, all without making those things it’s direct intention. It’s just good music that bears the soul of its creator.

Don’t get me wrong, Trixie still delivers the campiness in songs like ‘Break your Heart’ and even a touch of it in ‘Wind up Man’, but it’s the type that is fun and easy to digest. A small poke at the listener and even herself. But there are layers to this album, a genuine heart, and soul that shows vibrantly through the music. ‘Red Side of the Moon’ for instance, delivers a campfire story of a woman who falls in love with a friend that happens to live her life in the limelight. It’s tender and queer without shouting about its uniqueness. It sounds the way a simple country love song should. Occasionally both the lyrics and instrumentals of the album become a little too thin to withstand repetitive play, but this is easily overlooked when listening to lyrics that are this sentimental, raw and honest.

Trixie has managed to accomplish something that not many artists have. She’s created something honest and unique to a genre that was in desperate need of a facelift, while also managing to push the boundaries of the drag queen portfolio. The music on “One Stone” blends barriers most thought too high to see over. It’s not just respectful of the country music brand, it was made specifically for its audience and whoever else is willing to give it a listen. It was an album never intended to make a huge splash, but one that shares lessons that will touch it’s listeners, regardless of their understanding of the world Trixie lives in. It took someone special to create this kind of music. Someone more controversial, because as Trixie said herself, “being a white guy with a guitar is not that special.” 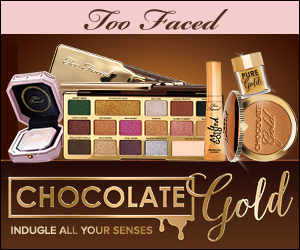